Atletico Madrid are up against defending champions Liverpool as the UEFA Champions League knockout stages get under way again this Wednesday.

The Rojiblancos are at home to Jurgen Klopp’s charges as they seek to establish an advantage in the first leg of the Round of 16.

This is the first time these two sides are playing each other after the 2009-10 Europa League semifinal where Atletico prevailed on away goals after the two-legged tie finished 2-2 on aggregate, with Diego Forlan playing a starring role.

However, this time at the Wanda Metropolitano, it will be Liverpool who will start as favourites.

The Premier League leaders have been in sublime form domestically, holding a comfortable lead over Manchester City and Leicester City, while progressing through the group stages with relative ease.

Atletico, meanwhile, have struggled to keep up with Real Madrid and Barcelona in La Liga and did not have an easy ride in the group stages versus Juventus and Bayer Leverkusen.

Malaysia readers can find out what football is showing on TV here.

In Malaysia, Singapore Taiwan and Brunei, the game will not be available for free online.

In Philippines, Thailand, Cambodia and Laos, the game can be watched live and on-demand on the Goal homepage and on DAZN’s social media channels.

Joao Felix, Hector Herrera and Kieran Trippier are definitely out injured for Atletico while the likes of Alvaro Morata, Jose Gimenez, Diego Costa and Santiago Arias are back in training and could feature in this match.

Sadio Mane is a slight injury doubt, given the trouble with his hamstring recently, but is expected to make it in time, as is James Milner. Xherdan Shaqiri, meanwhile, faces a race against time to fully recover.

The domestic form of both sides has been in clear contrast this season.

Diego Simeone’s side have struggled due to injuries, with the likes of Joao Felix, Alvaro Morata and Diego Costa all suffering injuries in the lead up to this game. Atletico have scored just 25 goals in the league from 24 matches and have had difficulties to find the back of the net. Perhaps, the impending return of Costa and Morata might boost their firepower.

Liverpool, on the other hand, have been freescoring and also water-tight in defence. Led by Virgil Van Dijk and with Alisson Becker between the sticks, the Reds are in ominous form. However, their trump cards have been the full-backs – Trent Alexander-Arnold and Andy Robertson. Both of them are key to the team’s playing style and regularly pop up with dangerous crosses from the wings.

Atletico will need to deal with that danger, if they are to gain an advantage going into the second leg.

After bringing in one star in Pizarro, Inter Miami turn focus towards third and final DP signing

Sat Feb 15 , 2020
The MLS expansion side is set to announce a major move, but talk is already turning towards what’s next for David Beckham’s club Inter Miami has brought in a star in Rodolfo Pizarro, who joined his new teammates for the first time in training on Friday. However, the big question […] 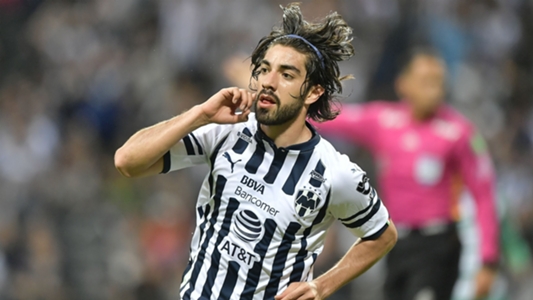