75% of Cambridge’s goals have been scored in the second half.69% of Bradford’s points have been earned at home.Bradford have failed to win in their last 9 away matches.

Things are looking up for the hosts

After a difficult start to 2020 for Cambridge United, it is fair to say that they would have started to fear what was ahead as they were dropping down the table like a stone and were nervously looking over their shoulder. However, things have taken a turn for the better of late as they have won each of their last three games and look more like the side who started the season so well.

The hosts caused a stir as they ended the long undefeated run of Colchester United to start this spell, and they followed that up with back to back away wins over Newport and Scunthorpe. With six of their 11 wins coming on home soil this season, they will want to improve that record by putting three points on the board this weekend.

A drop in form

Speaking of sides who will not be enjoying how 2020 has started, that is exactly the feeling of this weekend’s visitors to the Abbey Stadiu, Bradford City. The visitors managed to defeat the division’s bottom club, Stevenage, last time out as they ended a long run without a win, and they will be hoping that the victory is enough to put them back among the promotion picture.

However, they have won just three games on the road in the league this season and despite normally being known for their defensive strength, the fact that they have conceded 13 times in their last eight league matches shows that there is still plenty of improvements to be made.

The hosts should have enough

Although both of these sides have ended their recent bad spells and come into this match on the back of a win, the hosts look to have the edge on the form table. They are pretty free-scoring at the minute and with Bradford not looking all too solid when on their travels and also conceding plenty at the moment, backing a home win looks to be the wise move to make.

In terms of a correct score tip, we think that there will be little to choose between these two sides. Cambridge may only average 1.25 goals per game at home this season, but they have improved their output in recent weeks and are against a Bradford side who have conceded 13 times in their last eight outings. However, with Cambridge conceding in 69% of their home matches, we think that backing a 2-1 home win is the way to go.

Fri Feb 14 , 2020
The striker calls on fans to continue supporting the club as they strive to give them another title at the end of the season Simba SC striker Hassan Dilunga has assured fans they will fight to the end and make sure they retain the Mainland Premier League title. The Tanzanian […] 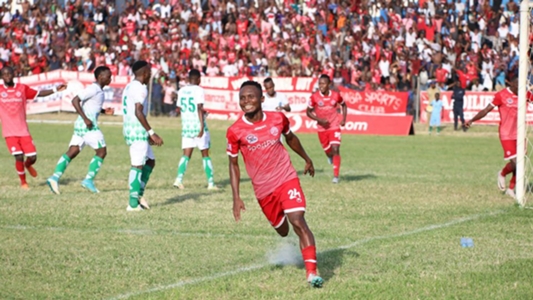