Central Cordoba have lost 3 of their last 5 matches; conceding an average of 1.4 goals a game in the process.Boca have won 10 of their 19 Superliga matches this season; including 5 of their 9 away games.Boca have conceded just 4 goals across said fixtures on the road.Central Cordoba looking to cause an upset

After a crucial 2-0 win away at Aldosivi last week Central Cordoba have left it looking highly likely they’ll be a part of the Superliga next term; which is quite the achievement when you consider that this is the first top flight campaign in over four decades. Indeed, the hosts just need to put a couple more points on the board to ensure they don’t fall into the trapdoor on the average points table.

Nonetheless, this Monday’s game won’t be an easy one to do exactly that in, with Boca Juniors in town. On paper, Central Cordoba don’t have quality that compares to that of the visitors and though they’ll be itching to cause an upset; the fact they’ve not beaten anyone higher than 10th in the division this term leaves their prospects looking bleak.

Boca looking to keep the pressure on River

Meanwhile, we’re into must-win territory now for Boca as the Superliga title chase enters the final straight. With just 4 matches left to run, Miguel Angel Russo’s troops find themselves 3 points short of arch enemy River Plate and all they can do is try to win all of their remaining fixtures and hope Los Millonarios slip up.

After beating Atletico Tucuman comfortably last weekend, confidence can be high coming into Monday’s trip and El Xeneize have been a strong force on the road this term. Indeed, they’ve won 5 of their 9 away games and having conceded just 4 times in the process; it’s been their defensive showings that have been most impressive.

Ultimately, with the quality they have, this is a match Boca Juniors really should be winning, especially considering their desperate need for the points. Central Cordoba have put in a decent campaign but most of their success has come against the division’s weaker sides and asking them to stand up to Boca looks a tall order.

All things considered, we’re more than happy to back an away win in Monday’s game and feel it provides good value at current odds. Boca are stronger than Central Cordoba all over the pitch, are good travellers and arrive highly motivated and that leads us to believe they will run out comfortable 2-0 winners on the night.

Fri Feb 14 , 2020
The Catalan star’s future has been speculated recently but his national team manager isn’t concerned Argentina head coach Lionel Scaloni believes Barcelona captain Lionel Messi is comfortable at the La Liga champions. Messi and his future have been the topics of discussion since the Barca superstar’s public row with director […] 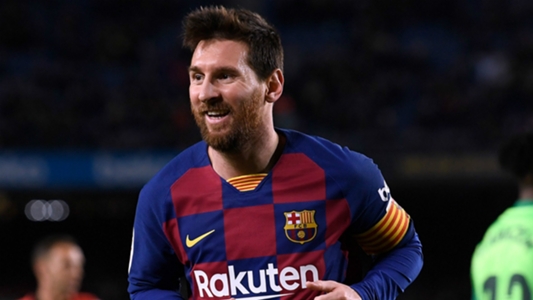