Tottenham manager Jose Mourinho has pleaded with the Football Association not to ban Dele Alli because of his controversial social media post about the coronavirus.

The Spurs star apologised after he posted a video suggesting a man near him had the disease. The midfielder filmed the video in an airport and turned the camera to an Asian man and then to a bottle of hand sanitiser, adding the caption: “The virus gunna have to be faster than that to catch me”.

“It wasn’t funny and I realised that immediately and took it down,” he said after the controversy. “I let myself down and the club.”

The coronavirus has claimed the lives of over 1,380 since the outbreak began and infected around 64,000 more, most of which have been in China.

The city of Wuhan was locked down to contain the spread of the virus, while travel restrictions remain in place across the world.

However, the disease has spread to several countries, with nine confirmed cases in the United Kingdom and a further 15 in the United States.

Alli could still be punished by the FA but Mourinho, who praised the England international for the “remarkable humility” he showed in apologising, believes a suspension would be excessive as he has learned his lesson.

“I feel that [a ban] would be unnecessary, but in relation to these decisions, I am nobody,” Mourinho said at a press conference.

“It is unnecessary because the player understands the naivety of the situation, the player is a good guy, the player even in the dressing room has a big Asian friend that he loves.

“He learned the lesson immediately with the embarrassment. I don’t feel we need more than that.”

Manchester United have had to take precautionary measures after signing Odion Ighalo from Shanghai Shenhua on the last day of the transfer window.

The 30-year-old striker was unable to travel to his side’s training camp during the winter break due to concerns surrounding the virus. He has since had to train away from his team-mates as they prepare to return to Premier League action on Monday.

Sat Feb 15 , 2020
The Ghanaian forward had a hand in the goal fest that occurred in East Yorkshire on Friday night Andre Ayew provided an assist as Swansea City drew 4-4 with Hull City at the KCOM stadium in the Championship. The Swans headed into this tie on the back of a goalless […] 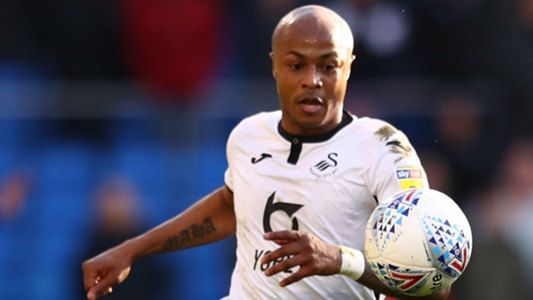