Former Ghana international Sam Johnson has urged new Black Stars coach CK Akonnor to do away with favouritism to ensure a successful tenure with the national outfit.

The 45-year-old, who replaced James Kwasi Appiah as head coach of the Black Stars last month, is currently on a European tour and scouting mission as he readies to name his first squad ahead of a 2021 Africa Cup of Nations qualifying double-header against Sudan next month.

“I am personally happy because we can take care of our own affairs as far as football is concerned,” Johnson, who played for Ghana at four Afcon tournaments between 1994 and 2000, told Goal.

“He knows African football very well and will ensure to put discipline in the team. He can do the job. If CK could coach Hearts of Oak, Asante Kotoko and Ashanti Gold then he has seen it all.

“But we must acknowledge that the quality of players we have in the team is not as high as 10 years ago. It will take time for him to build up the team to that level. That also has to start with building a strong local base of players.

“It’s up to him to ensure a good blend of both good foreign and locally-based players; not his own personal favourites unless of course his favourites are the best for the team.

“He should choose the best players because I don’t think anybody took money from him during his playing days with the Black Stars.

“He should also not allow other people to interfere in his call-ups.”

Akonnor has been tasked to lead Ghana to Afcon victory in Cameroon next year, the nation having endured a series of disappointments since last winning the title in 1982.

“It is too early to tell if CK can lead us to win Afcon,” Johnson added.

“Let’s see how he fares in the qualifiers, then we can assess his chances.”

Akonnor has called on the likes of captain Andre Ayew, Jordan Ayew, Jeffrey Schlupp, Christian Atsu and Daniel Amartey during his tour.

The former Hearts of Oak and Asante Kotoko boss has also held discussions with some foreign-based players of Ghanaian descent about the possibility of pledging their international allegiance to Ghana.

Last week, he met French-born Elisha Owusu and the Anderlecht duo of Francis Amuzu and Jeremy Doku, who both currently play for Belgium at youth level, having earlier met English-born Tariq Fosu.

Reports says home-based players such as Joseph Esso of Hearts of Oak and Justice Blay of Asante Kotoko are also likely to be handed a first call-up.

Fri Feb 14 , 2020
Former Liverpool goalkeeper Simon Mignolet hailed the current team for their performances and feels that they can be a dominant force in England for several years. Jurgen Klopp’s side have been magnificent this season so far, losing just two matches across all competitions. Mignolet, who was a part of the […] 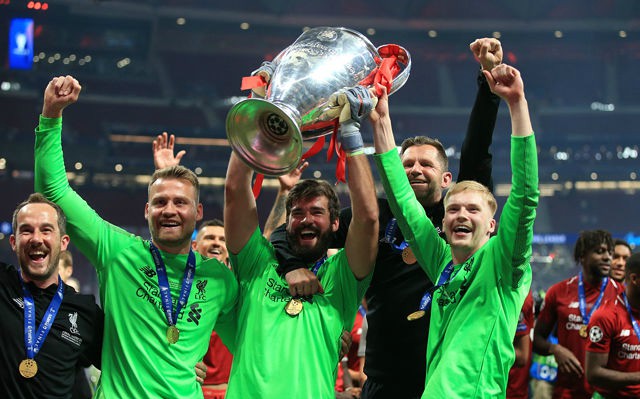