FC Cincinnati coach Ron Jans has stepped away from the team as the league investigates the alleged use of a racial slur in the team’s locker room.

Jans was officially hired by the club in August, replacing former Alan Koch as head coach of the then-first-year team.

The former PEC Zwolle, Heerenveen and Groningen boss was brought in as a “short-term solution” following Koch’s departure, with his contract set to run through the end of the 2020 season.

In the midst of his first preseason with the club, Jans is set to step away from the team after a complaint was made by the Major League Soccer Players Association.

That complaint stated that Jans allegedly made “extremely inappropriate comments” while calling for an investigation into the incident.

According to the Athletic and the Cincinnati Enquirer, that complaint centers around the alleged use of a racial slur, with Jans claiming he was quoting lyrics a hip-hop song.

“FC Cincinnati was founded and operates with three core values: (1) being inclusive and family-friendly, (2) having a strong and visible presence in the community, and (3) winning on the field,” the club said in a statement.

“When club leadership was made aware of the allegation, we were very surprised as building a caring and committed culture has been a focus of Ron’s leadership.

“We want to fully understand the nature of the incident and allow for an environment for our players to speak freely to any locker room issues. Therefore, while both the Club and Major League Soccer work together, Ron will step away from the team during the investigation.

“While the investigation is undertaken, the Club is also committed to ensuring every member of the club has a deeper appreciation and awareness for differences in cultures and backgrounds, and will institute training for every member of the organization.

“The Club will not have further comment on this matter until the conclusion of the joint investigation with MLS.”

MLS added in a statement: “Major League Soccer has been informed of a complaint filed with the MLS Players Association regarding FC Cincinnati head coach Ron Jans. The MLS league office, in cooperation with FC Cincinnati, has begun an investigation into the matter. Jans has stepped away from his coaching duties with the team while this matter is being investigated.”

FC Cincy’s first MLS campaign was a difficult one, with the club finishing last in MLS with 24 points and a negative-44 goal differential. Jans, who took charge of the final 10 games, amassed a 1-5-4 record.

The club will open their MLS season on March 1 against the New York Red Bulls. 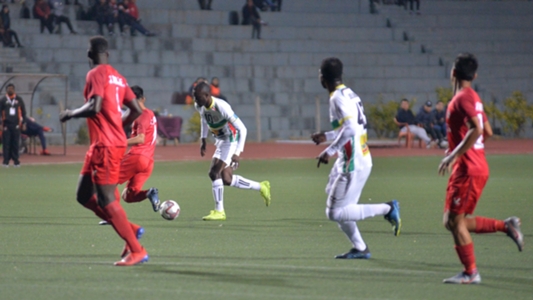