At 32, the German is the youngest manager in Bundesliga history, and is drawing inspiration from his compatriot

Julian Nagelsmann hopes to emulate Jurgen Klopp’s success at Liverpool, and admits he is a huge fan of his fellow manager.

The 32-year-old has guided RB Leipzig to second place in the Bundesliga after 21 games, with his side just one point behind leaders Bayern Munich.

The German expressed his admiration for his compatriot and fellow manager, and wants Leipzig to have a similar attitude to the English outfit.

“Liverpool have developed so well, especially in possession and having variety,” Nagelsmann told The Independent .

“In the first two seasons under Jurgen Klopp, it was more about counter-attack and creating attacking moments. That’s the same process we are going through now at Leipzig, expanding to not only rely on pressing and counters.

“If you want to be a good manager, you have to watch Liverpool games. What they are doing is incredible.

“It’s the performances that you can learn from, but more importantly, is what you can take away from their mentality.”

Liverpool currently sit top of the Premier League, and are 22 points clear of Manchester City in second. They’ve won 24 of their 25 league games, dropping points just once in their draw at Manchester United in October.

And Nagelsmann not only wants to learn from his fellow German on the touchline, but has urged his players to draw inspiration from the Reds on the pitch .

“It’s totally crazy when you’re so successful, you’re 22 points ahead of the next team in the league, but you do more and more and more to win games,” added the 32-year-old.

“That is a big message to give to players, especially the young ones.

The promising boss also expressed his admiration for Manchester City’s Pep Guardiola, who guided the club to another league title last season , finishing one point ahead of Klopp’s side.

“I watch a lot of Liverpool and Manchester City,” he added.

“Last season, City had great flexibility, so many ways to open up the game and interesting positions in ball possession.

Fri Feb 14 , 2020
Sometimes you just get a sense that a certain day will be looked back upon as a major turning point in a club’s history. It’s been a bit of a down year for Man City with Liverpool storming to the league title, but it still felt like Pep Guardiola might […] 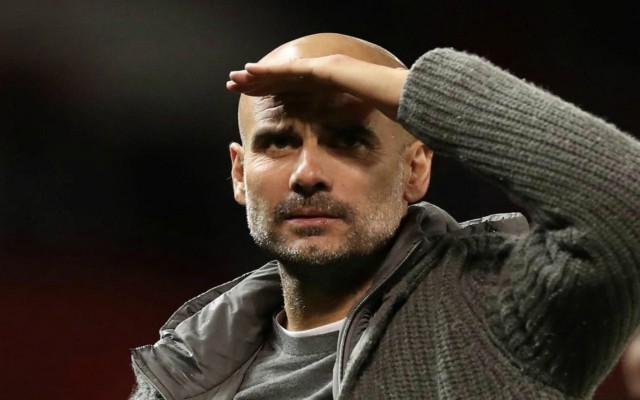