It could be all change at a number of football clubs in Europe this summer, and there’s one player in particular that’s interesting Arsenal, Manchester City and Chelsea at present.

According to eldesmarque, cited by Daily Mail, Real Madrid midfielder, Isco, could be available as Los Blancos look to free up some funds in order to make a world record bid for Paris Saint-Germain’s Kylian Mbappe.

After falling out of favour at the Santiago Bernabeu, Zinedine Zidane has brought the mercurial talent back into the fold, but Isco is one of a number of players that could be shown the exit door, largely because of the fee he could still command.

That’s unlikely to put off the likes of City, Chelsea and the Gunners, as at 27 years of age Isco is only just reaching the prime of his footballing career.

Daily Mail note that the three English clubs are preparing bids for the player, as well as Paris Saint-Germain having registered an interest.

Whoever, from that quartet, end up acquiring his services, will have a player who can set the tempo and rhythm of a game from midfield.

He is known as ‘Magia’ (Magic) in the Real Madrid dressing room per The Guardian, and he played the fullest part in Los Blancos’ ‘three-peat’ of Champions League wins.

The Guardian even quote coach, Zinedine Zidane, as saying that “he can do things very few players can do.”

Experienced at the highest level and comfortable on the ball, he will surely prove to be a real asset to any new employer.

Fri Feb 14 , 2020
The Ghanaian forward wants to see better treatment from the Swans supporters towards the younger crop in the squad Andre Ayew has stated that Swansea City fans should channel their anger and frustration towards the senior players in the squad and not the younger ones. The Swans are without a […] 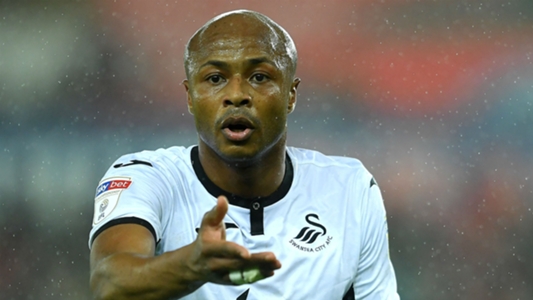