Mohun Bagan are currently on a roll in the I-League and they extended their unbeaten streak to 10 matches by decimating NEROCA FC 6-2 at home on Friday.

A beautiful surprise organised by the team management was waiting for the victorious Mohun Bagan players in the dressing room after they came back from the match.

On Valentine’s Day, Bagan management shared a video which consisted of beautiful messages from the partners of the footballers in the team.

Bagan management looks to have struck the right chords with their players. Speaking to Goal, Mohun Bagan’s Joseba Beitia and Ashutosh Mehta revealed how they were overwhelmed with such a gesture from the club.

The Spanish thanked the management for the surprise. He said, “It was very emotional and an amazing experience for me. Thanks to the guys at the club.”

The midfielder added, “I always have the same motivation because I am a professional and this is my job. But yes, this helps a lot.”

Mehta said, “It was amazing! Credit goes to the media team for making such a fantastic video. The team is always motivated with the right mentality and attitude going into the pitch but this video was the cherry on the cake.”

Sat Feb 15 , 2020
Despite just three wins in nine since his arrival, the manager is pleased with what he’s seen from the Gunners Mikel Arteta said Arsenal’s progress since he took charge has been quicker than he expected, even if the Gunners haven’t won as many games as the former midfielder would have […] 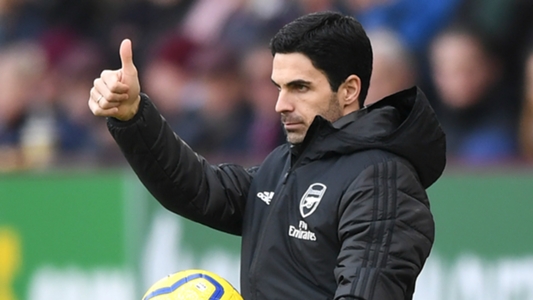