Despite just three wins in nine since his arrival, the manager is pleased with what he’s seen from the Gunners

Mikel Arteta said Arsenal’s progress since he took charge has been quicker than he expected, even if the Gunners haven’t won as many games as the former midfielder would have hoped.

Arsenal have shown signs of improvement since Arteta took over as head coach in December, replacing Unai Emery halfway through his fellow Spaniard’s second season in charge at the Emirates.

In the weeks since Arteta took over, Arsenal have responded by losing just one of nine games, although only three have been wins.

While his side are 10th in the Premier League ahead of hosting Newcastle United on Sunday, Arteta has been happy with their growth as he admits to seeing real progress since taking charge of the Gunners.

“Progress has been quicker than I expected,” he told reporters, via i.

“I’ve found out things I didn’t know when I joined and have had to address. We haven’t won [many] games but I have a clear picture of why not. There are many factors to that.

“We’ve got to start winning quickly. The next two or three weeks will dictate where we are in the last four or five weeks to challenge for Europe.”

Arteta hopes to see even more progress from Arsenal after their mid-season break and ahead of what he said was a key period.

The Gunners are set to take on Newcastle on Sunday before turning focus towards the Europa League and a clash with Olympiacos in Greece.

After that, Arsenal are set to host Everton before Olympiacos head to Londo for the second leg of their Europa League tie.

Arsenal are also still involved in the FA Cup as Arteta’s side will visit Portsmouth for their fifth-round tie on March 2.

“We agreed on some targets, we’ve started to work on them, and hopefully you’ll start to see the outcome in the next few weeks,” he said.

“The players know how crucial the next three or four weeks will be for aims until the end of the season.”

Sat Feb 15 , 2020
Here’s how to watch the Champions League for free in SouthEast Asia as well as all the other key info you might be looking for Atletico Madrid are up against defending champions Liverpool as the UEFA Champions League knockout stages get under way again this Wednesday. The Rojiblancos are at […] 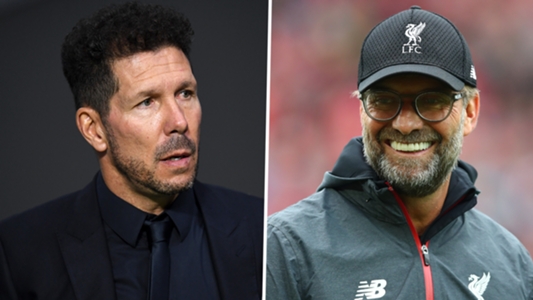