Odion Ighalo does not need extensive work with his new Manchester United team-mates to have an impact on the pitch, Ole Gunnar Solskjaer has said.

United signed the former Watford striker from Chinese Super League club Shanghai Shenhua on deadline day on a loan deal that runs until the end of the season.

However, the 30-year-old did not join Solskjaer’s squad in Spain for their mid-season break , with United exercising caution due to the outbreak of the Coronavirus in China.

United travel to Stamford Bridge to face Chelsea in the Premier League on Monday – a trip Ighalo will make – with Solskjaer adamant forwards can still thrive without a lengthy integration period.

“I didn’t have to have a training session to come on and do something,” Solskjaer said.

“As a striker sometimes you know you just get thrown out there and do what you can. It might be that he’ll have to come off the bench and get us a goal and then he just does whatever he’s always done.

“He’ll be involved with us [at Chelsea] and he’ll travel down with us. Obviously now he’s out of that two-week period of precaution – and it’s just a precaution we’ve made. He’ll travel with us and let’s see if he’s involved or not.

“We’ve kept in touch with him and of course we’ve done our own programme, he’s done his. It was always going to be a case of him having to integrate to the group anyway after having been out in China.

“He’s been working really hard, I think he’s probably pinching himself at times because he’s now at his favourite club at the age of 30 but he’s earned that one. Hopefully he’ll impress us as much so we can see him play.”

United sought a striker after Marcus Rashford sustained a double stress fracture in his back in an FA Cup replay with Wolves on January 15, ruling him out for around three months.

Few would have expected them to sign Nigeria international Ighalo, though, given his previous Premier League experience came with Watford between 2014 and 2017.

Ighalo scored 39 times in 99 games for the Hornets and netted five times during the Africa Cup of Nations last year, and Solskjaer has been impressed by his record in front of goal.

“[With] the injury to Marcus Rashford… It has to be said that we needed another forward,” Solskjaer added.

“When we got the chance to get Odion, on a loan, that was for us a goalscorer, top scorer [at the] African Nations Cup last year, we think, yeah, he can help the club.

“I know he’s a very professional player, good lad and he’ll give something to the group.”

Solskjaer confirmed he does not expect any of United’s injured players to return at Stamford Bridge, meaning midfield duo Scott McTominay (knee) and Paul Pogba (ankle) will remain sidelined.

Fri Feb 14 , 2020
LaLiga City handed two-year ban Javier Tebas The decision to ban Manchester City from UEFA competitions from two years has been well received by LaLiga president Javier Tebas. UEFA confirmed their decision on Friday, responding to what they consider to be financial doping from the Premier League champions. “UEFA are finally […] 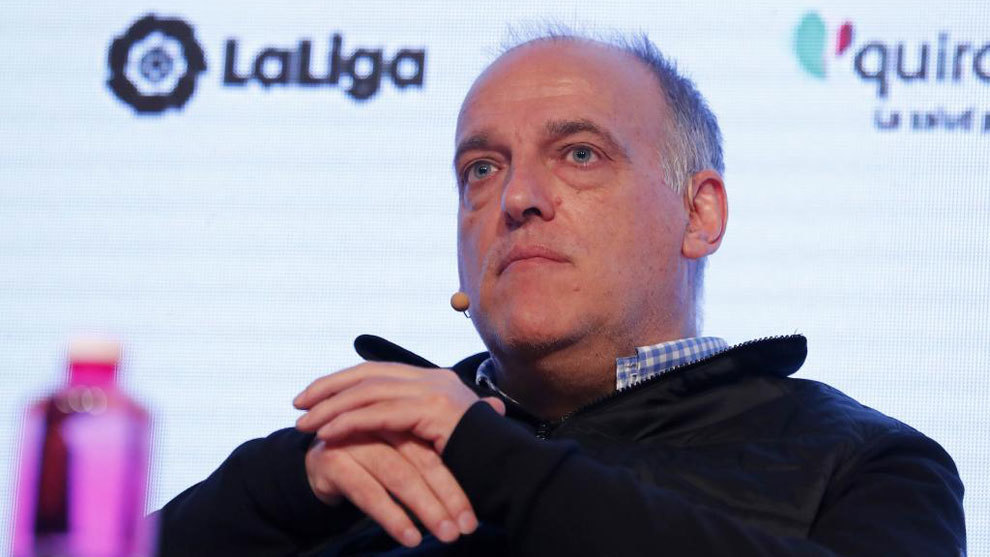