Andre Ayew provided an assist as Swansea City drew 4-4 with Hull City at the KCOM stadium in the Championship.

The Swans headed into this tie on the back of a goalless draw at home to Queens Park Rangers on Tuesday, which drew the ire of the fans.

Leo da Silva Lopes got things off for the Tigers in the sixth minute before Wayne Routledge leveled up seven minutes later.

1-1 it ended at halftime and Marcus Maddison and Mallik Wilks found the back of the net at the restart in between Kyle Naugton’s strike for a 3-2 Hull lead.

Ayew then turned provider for Swansea’s third goal, his ball down the left finding Jordan Garrick who tucked in with consummate ease.

Liverpool loanee Ryhian Brewster made it 4-3 for Swansea, but Hull still had one more goal in their tank and it came courtesy of Tom Evans in the fifth minute of six additional minutes.

Ayew was one of the standout players on the pitch for Swansea, producing five total shots, 45 touches and 25 accurate passes (83.3%).

The 30-year old Ghanaian was solid defensively, and though he was booked for a foul in the 84th minute, he had a 100% success rate in his ground duels, won six of 11 aerial duels and also made one tackle and two clearances.

The result though highly-entertaining, is not good for Swansea as they sit in ninth place and have failed to significantly close the gap to the promotion play-off places.

The South Wales outfit could drop down to 11th if results elsewhere during the weekend go against them.

Sat Feb 15 , 2020
The Dutch manager is under investigation for what the MLS Players Association labelled ‘extremely inappropriate comments’ FC Cincinnati coach Ron Jans has stepped away from the team as the league investigates the alleged use of a racial slur in the team’s locker room. Jans was officially hired by the club in August, replacing former Alan […] 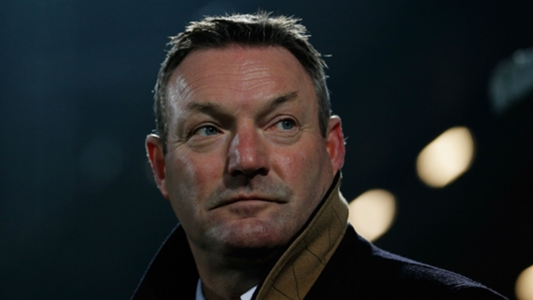